Deprecated: Function Elementor\Widgets_Manager::register_widget_type is deprecated since version 3.5.0! Use register instead. in /home/blogbits/domains/blog.bitsofgold.net/public_html/wp-includes/functions.php on line 5383
 Why Are Some of the Largest Crypto-Skeptic Banks Investing in the Crypto Markets? - Bits of Gold - Blog Skip to content

Since the beginning of the wide-spread popularity of cryptocurrencies, there have been a number of banks that have been critical of the digital phenomenon. In 2018, the Chairman of the Swiss Bank UBS, Axel Weber stated that “cryptocurrencies are not an investment that we would recommend.” The Bank of America is also taking a pragmatic and skeptical approach to blockchain technology as a whole, despite the bank owning a large amount of blockchain-related patents.

This is in contrast to some of the other current opinions on cryptocurrency in banking. For example, the British banking giant Barclays has filed for certain blockchain related patents to see if the technology could help improve their banking processes and JP Morgan has been developing their institute-institute cryptocurrency, JPM Coin.

There have been a large number of reasons for banks and other institutions to be skeptical of cryptocurrencies, however, in the current market, it appears that even some of the more reserved organizations are beginning to wade into the potential of blockchain technology and getting involved in cryptocurrencies.

In this article, we will be exploring some of the reasons why the institutions that were originally reserved and reluctant to be involved in cryptocurrencies are beginning to change their opinions. 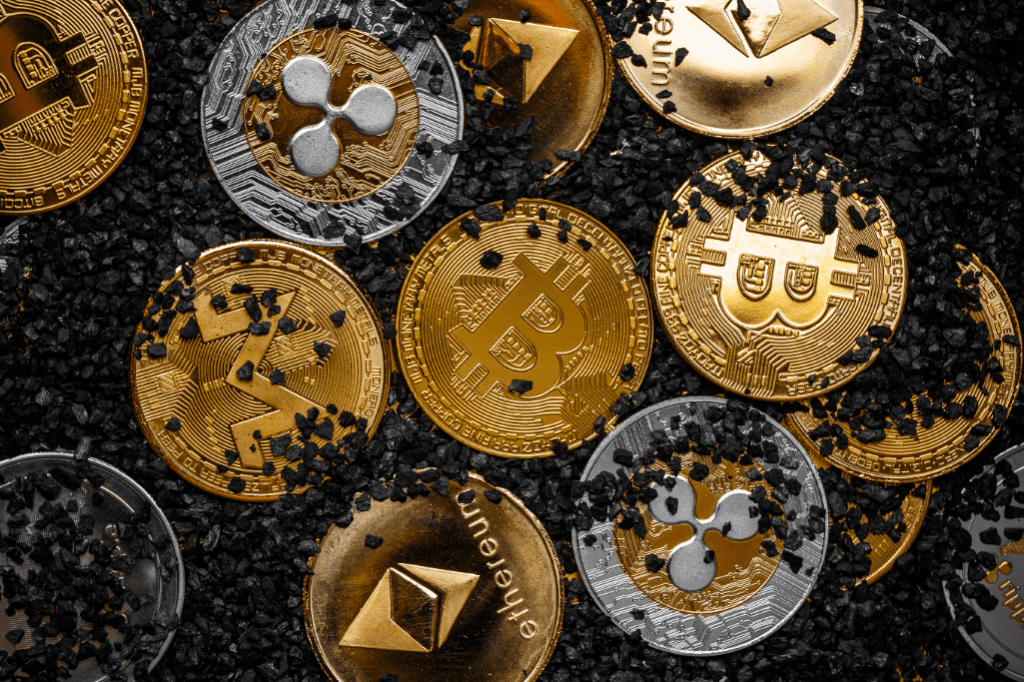 Cryptocurrencies Are Threatening The Banks

One of the most commonly spoken about and heavily speculated reasons for more conservative banks getting involved in cryptocurrencies is that the market actually poses a threat to traditional banking institutions. There are many who believe that modern banking institutions are corrupt and immoral and as a result, are starting to believe that Bitcoin and other cryptocurrencies will lead a financial revolution against corrupt systems.

Some banking groups are starting to take note of this threat. One such group is the Swiss-based, Basel Committee on Banking Supervision, who in March 2019, released a statement that reads “ “The Committee is of the view that the continued growth of crypto-asset trading platforms and new products related to crypto-assets has the potential to raise financial stability concerns and increase risks faced by banks”.

An example of a bank taking action against a cryptocurrency related firm can be seen in the case of Bits of Gold, who had their banking facilities frozen by the Israeli, Leumi Bank. In the most recent turn of the case, Bits of Gold, founded a few years ago by Youval Rouach have been given a reprieve by the Israeli Supreme Court, which has temporarily forbidden Leumi from impeding Bits of Gold’s activities.

Despite the noted potential risks to the modern banking system, the committee has also stated that around 70% of central banks across the world are starting to look into the potential upside of Central Bank Digital Currencies, whilst conceding that they could be useful for making payments. They were quick to add that “more work will need to be done to get them to their full potential”.

Even the previously mentioned Bank of America is of the belief that cryptocurrencies could potentially pose a threat to their business operations. These thoughts were put forward in a regulatory filing in early 2018.

The statement reads as follows “Clients may choose to conduct business with other market participants who engage in business or offer products in areas we deem speculative or risky, such as cryptocurrencies,”, The Bank of America continued to state that the increased competition brought forward by cryptocurrencies could have a negative impact on their revenue, or even damage to the willingness of their clients to do business with them.

Some of the bank’s stances on cryptocurrencies seem fairly hypocritical when analyzed further. Despite owning a large number of cryptocurrency related patents and higher-ups in the bank now seeing the potential of digital currencies, early on last year the wealth management brand of The Bank of America, Merrill Lynch actually banned 17,000 of their financial advisors from trying to sell investments relating to Bitcoin.

The Banks Want To Wade Into a Potentially Lucrative Market

Despite the perceived risks and negative aspects of cryptocurrencies, along with the short amount of time, they have spent as a valuable asset and it would be understandable if you thought the market wasn’t that valuable. For example, there are only 21 Million Bitcoins that can be mined and used, at the current value of $8,690.37 (29.05.2019), that puts the total worth of all of the Bitcoins in the world over $180 Billion. With this being the worth of just one cryptocurrency, even the more careful banks across the world are starting to take interest in cryptos.

A great example of a nation where a bank has managed to successfully break into the crypto market can be found in Japan. This occurred during mid-2018 when SBI Holdings decided to create their own cryptocurrency exchange, completely backed and legitimized by the finance juggernaut itself. The exchange is an incredible commercial success so far and has reported before-tax earnings of over $3.2 Million up until March 2019.

There are unique advantages that a large number of traditional banks and financial institutions can wield when they begin to compete in the crypto market. One such advantage is that the banks generally have very large budgets when compared to your average cryptocurrency startup. This allows the bank to invest a lot more time and money into research and development, leading to the development of a better, smoother platform. Furthermore, trying to establish credibility in the crypto markets can also be difficult. Large banks will not have to face these issues, as their customers are likely to already know all about the bank and see their cryptocurrency as trustworthy because of this. This is in contrast to the widespread statistic that over 70% of cryptocurrency fundraisers in 2017, were in fact fraudulent.

The Banks Are Starting to Realize The Potential Positives of Cryptocurrencies

It may be hard to believe, however, there are actually a large number of banks and financial institutions which are starting to experiment in different ways in which cryptocurrencies and digital coins can help to improve their internal business processes. Some companies are already looking to put them into action. One such belief is that banks will be able to create their own individual cryptocurrency to facilitate the transfer of money to foreign banks, instantaneously by using the blockchain.

Another example of this can be found in the report by the World Economic Forum in March 2019, which discusses the steps that central banks across the world are taking in relation to blockchain technology. There are quite a large number of central banks that are open to the idea of exploring cryptocurrencies, despite the fact that the institutions are described as traditionally risk-averse.

One such example of a central bank considering the potential of cryptocurrencies can be found in the papers by the Bank of England, titled “The Economics of Digital Currencies”.

Another real example of a bank looking to the commercial possibilities of cryptocurrencies can be seen when considering the recent news that a number of different banks have come together to invest $50 Million into a “blockchain-based, digital cash settlement system”. This was alleged to have been started by UBS, along with the firm Clearmatics in 2015, since then Santander, Barclays, Deutsche Bank, Credit Suisse and HSBC have been working on the project. This digital currency will be fully backed by central bank assets to get its value.

At the start, it is quite possible that a large number of the bigger banks in the world did not take notice of cryptocurrencies, because they believed that they would be a short-lived bubble, which would burst in no time at all and would not provide a large amount of value to any financial institution.

Obviously, we now know that as time has passed since the Cryptocurrency Boom of 2017, the digital coins of the world have been getting more popular, developing large user bases and attracting large amounts of investment from other affluent individuals.

The potential value of cryptocurrencies as a market and the potential practical use-cases for digital currency which can be sent instantly have been making cryptocurrencies especially hard to ignore for the large financial institutions across the globe. We are not yet at a point where they are openly accepted, however, that day may come sooner than we think.