Ever since cryptocurrencies became well-known by the public and expanded their spheres of influence during 2017, there have been those that have suggested that the community would greatly benefit from the use of cryptocurrency automated-teller-machines (ATMs). These would work in a different manner to the ATMS that currently exist, where users would insert their debit or credit card into the machine, enter their pin and then specify the service that they would wish to use, ranging from withdrawals to balance inquiries. 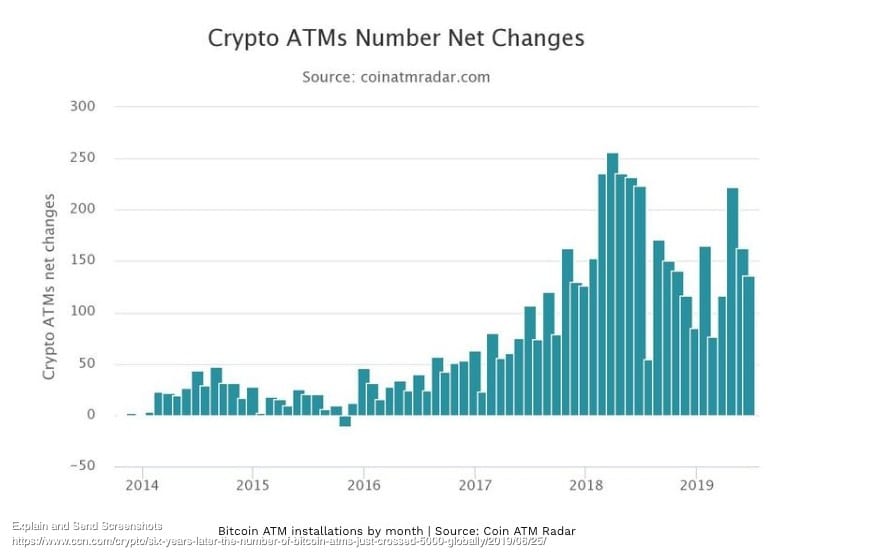 In this article, we will be exploring the rising popularity of cryptocurrency ATMs across the world. As it stands, the number of functional cryptocurrency ATMs has reached over 5000, as opposed to the estimated 3 Million traditional ATMs worldwide. Despite this disparity, progress is being made.

The United States is one of the main hotbeds for cryptocurrency ATMs and it should come as no surprise that their popularity is growing. This is shown by the fact that twenty of the sites for Circle K convenience stores in Nevada and Arizona have declared their establishment of Bitcoin ATMs in their stores. These ATMs are being provided by the technology company DigitalMint, which already has over 250 installations across a number of states in the US.

When pressed for comment relating to the partnership, President and Co-Founder of DigitalMint, Marc Grens was reported as saying “We are thrilled to be partnering with a respected organization like Circle K.This partnership opens the door for massive expansion of Bitcoin access to new markets around the globe.”

As it stands, the United States has over half of the total active cryptocurrency ATMs in the world, with a grand total of 3,229 installations. Furthermore, the rapid trend of growth for cryptocurrency installations has not seemed to slow, with 160 new installations being set up, creating an average of around 6 new sites per day.

Bitcoin and various other cryptocurrencies have garnered significant levels of excitement in the general population of the United Kingdom. Despite the relatively smaller population of the UK and thus, the more limited pool of cryptocurrency users, there is still a fairly large contingent of cryptocurrency ATMs across the island nation. For example, there are currently 249 functional Bitcoin ATMs in the country, a lot less than the United States but for a smaller land-mass, this progress is significant. 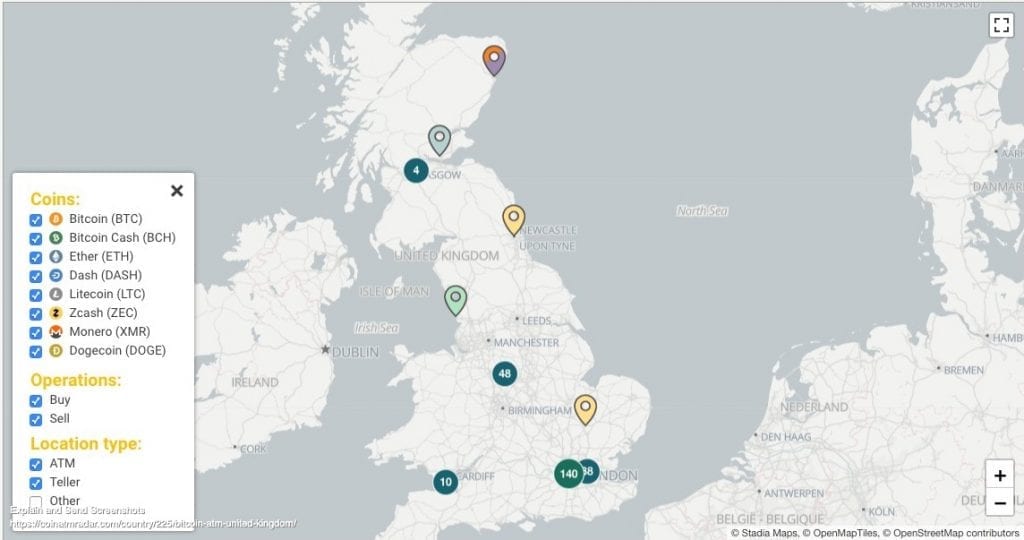 The majority of these platforms are located in London (154), Manchester (22) and Birmingham (19), with a few other larger cities having one or two of their own. The first of its kind in the country was installed in June 2014.

Despite the increase in popularity, some of these machines have run into some issues. For example, as can be seen in the following video a man had tried to gain access to his cryptocurrency funds in cash at London’s Bond Street station. When he attempted to do so, a large sum of notes ended up spitting from the machine, all over the floor, prompting the intervention of a nearby security guard to deter theft.

The reason for this issue was blamed by Adam Gramoski, head of Bitcoin Technologis, which operates the machine partly on the fact that British currency’s largest note is the £50 note, which is rarely used and the £20 note is the second largest. This can lead to issues with dispensing notes when withdrawing large amounts of funds.

Canada is the country in the world with the second largest number of Bitcoin ATMs, behind the United States. Canada also boasts the achievement of being the first country to introduce a cryptocurrency ATM, with the first being introduced in Vancouver during November 2013.

Despite this great progress, officials in Vancouver, such as the police have lambasted cryptocurrency ATMs for being a vessel for fraud, whilst the mayor of the city has introduced the potential of an overall ban. Local entrepreneurs and cryptocurrency enthusiasts have appealed to the local government for a move that would make Bitcoin included in the federal money service regulations.

In January of this year, the local government in Vancouver took steps to further legitimize the “flaws” in cryptocurrency ATMs by making it so that operators would be required to have a business license, amongst other restrictions. 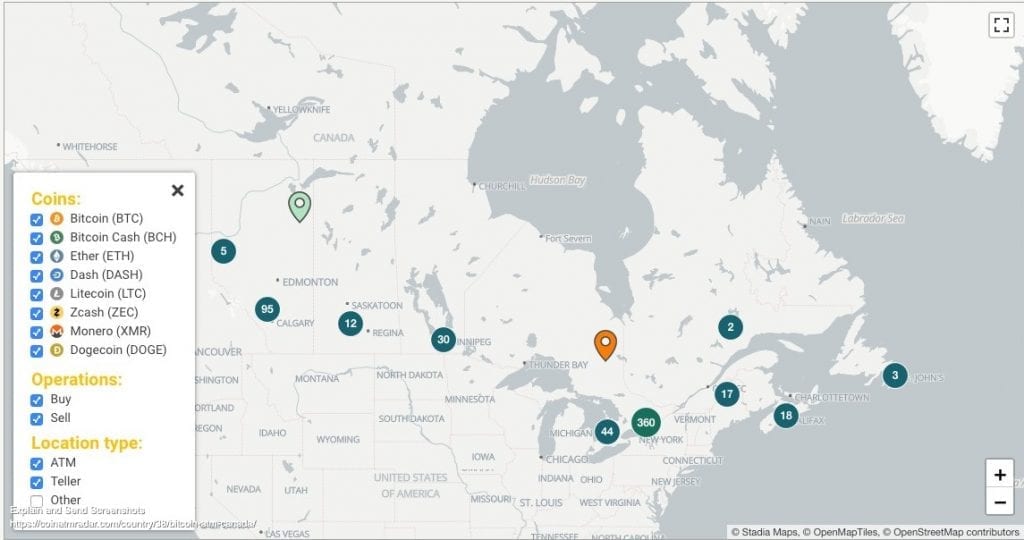 As it stands, the environment seems to be growing more hostile in the world’s second-largest hub for cryptocurrency ATMs. Furthermore, British Columbia will be holding an inquiry on money-laundering, based around the ATMs and the findings of this report will be discussed in quarter four of 2019.

Rest of the World

There is a sizable amount of cryptocurrency ATMs across the rest of Europe and there is also a reasonable number that can be found around the rest of the globe. For example, Austria actually has more cryptocurrency ATMs, with 267 across the country and 109 in Vienna alone. Austria’s openness to the ATMs is further shown by the fact that post-offices in Salzburg, Linz and Bregenz are having Bitcoin ATMs installed, showing that the Austrian government is becoming increasingly friendly with cryptocurrencies.

There is also a noticeable presence of cryptocurrency ATM across the Asian/Oceanic regions of the world, with 39 sites in Hong Kong and 23 installations in Australia, with 11 in Sydney and 8 in Melbourne.

Despite the increasing growth of the number of cryptocurrency ATMs across the world, there are still a number of hurdles that are limiting their widespread adoption. Firstly, as shown with Auscoin, there is a large ability for fraud to be committed using the machines, meaning that a workaround has to be discovered to maintain the viability of these machines.

If manufacturers cannot figure out a method of making their machines fraud-proof, governments across the world may present considerable opposition to the increasing presence of these ATMs. Alternatively, if these issues show signs of improvement, it is likely that adoption of the units will increase exponentially, leading to increased competition and lower transaction fees for users.