Deprecated: Function Elementor\Widgets_Manager::register_widget_type is deprecated since version 3.5.0! Use register instead. in /home/blogbits/domains/blog.bitsofgold.net/public_html/wp-includes/functions.php on line 5383
 Top Ten Bitcoin Wallets For 2019 - Bits of Gold - Blog Skip to content

If you’re using Bitcoin, be that as a hobbyist, a business venture or as a genuine payment method, you are going to need a Bitcoin wallet to facilitate the uses of the cryptocurrency. If you’re unsure of what a Bitcoin wallet is, it is essentially a platform in which you can store your cryptocurrency, send it to other vendors and receive payments yourself. These tokens are stored safely through the wallet’s encryption and the use of private keys.

As of December 2018 according to Bitcoin Market Journal, there have been over 32 Million Bitcoin wallets that have been created, along with 7.1 Million global users of Bitcoin. As it stands, popularity in cryptocurrencies is increasing massively, even beyond Bitcoin with popular exchange and wallet service Coinbase has over 13 Million users.

A study conducted by Chainalysis has shown that a third of Bitcoin owners are actually active with their coins. They also discovered that as of August 2018, 2.3 Million people use their Bitcoin to make payments, with 4.8 Million keeping hold of their cryptocurrency holdings in the hope of a rise in value, so that they can sell them on.

There are also different types of wallets which we will be looking at today, Hardware Wallets (physical devices), Online Wallets, Android Wallets, IOS Wallets and Desktop Wallets. Each item has its own set of strengths and weaknesses which will also be covered.

With keeping your Bitcoins and other cryptocurrencies in cold storage (storing them offline), there are a number of benefits over using a hot wallet, which is a wallet that is run on a device which is connected to the internet. Firstly, with hot wallets, due to the fact that they are connected to the internet, they are always going to be at some risk of theft due to cyber attack, no matter how good your security is. With cold storage solutions, the risk of loss is solely down to the caution and intelligence of the user and you should take care to make backups of your physical wallets wherever possible.

Here’s our list of the Top Ten Bitcoin Wallets of 2019.

Trezor is a company which develops and sells Hardware Wallets, which are physical items. Due to the physical nature of their products, they do not facilitate the purchasing and sale of Bitcoins themselves. To use their devices, you simply need to connect them to your electronic device, then you can access your holdings. This device can be used for numerous currencies and has exceptional security which includes two-factor authentication.

When using the wallet, you should take care not to forget your user details as recovering your wallet can be a long and arduous task. This is due to the fact that this type of wallet is among the most secure available.

Blockchain.info is a great cryptocurrency wallet for those people who value more intensive security over ease of use. This is because unlike other online wallets the Blockchain.info wallet does not facilitate the sending and receipt of Bitcoin on its own. Keeping the exchange separate from the contents of the wallet helps to provide another layer of security to your holdings.

From the separation of the wallet and exchange, you will be required to find an alternative solution for your purchases and sales, which adds an additional level of complexity to the task. 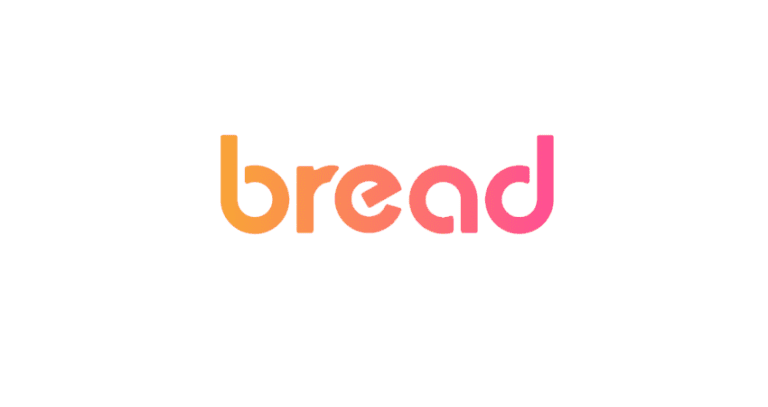 Breadwallet is a high-quality IOS and Android app that serves as your cryptocurrency wallet on the go, not only storing Bitcoin but other cryptocurrencies as well. The app is fully decentralized, meaning that security is enhanced and the user does not need to concern themselves with remembering passwords or account details.

Additionally, the wallet is very user-friendly and is a good option for those who may not have as much experience with navigating cryptocurrency wallets. Furthermore, the app provides the user with control over their private keys.

The Coinbase cryptocurrency wallet is one of the most simplistic and intuitive wallets on the market. With this wallet, you can purchase, sell and hold your Bitcoins incredibly easily. With the Coinbase wallet, you can integrate it with your own bank account and deposit or withdraw fiat currencies. This fiat currency is used to facilitate the sale and purchase of Bitcoins.

Coinbase is not a one trick pony and as it stands currently, the wallet can also be used for other cryptocurrencies such as Litecoin, Ethereum and Bitcoin Cash. There are consistent talks of further crypto assets being added and coupled with good security, Coinbase’s wallet is a good starting point for anyone interested in cryptocurrencies.

Mycelium is a Bitcoin wallet designed exclusively for use on mobile devices, with both Android and IOS versions of the app being available. The benefits of using this app are that it has very high levels of overall security, you can keep track of your holdings and access them whilst you are on the move in your life. It also allows you to be anonymous when using the app.

One of the downfalls of this wallet is that it can be quite complex for beginners, it is recommended for more seasoned wallet users.

The Electrum cryptocurrency wallet is a perfect example of a Software Wallet, which stores your wallet as a set of files on your computer. It is currently compatible with a large number of operating systems including Windows, Mac, Linux and Android. In addition, this wallet can be integrated with physical wallets such as Trezor, providing a little bit more flexibility to your holdings.

One of the downsides of this type of wallet is that if for some reason your computer was destroyed, there is a big chance that you could lose your assets. There is an option for a cold storage backup, however, this can be time-consuming and the physical backup can also easily be lost. Robinhood provides both a cryptocurrency storage solution and a trading platform tied in with their wallet services. As it stands, they currently only have the mobile version up and running, with a web-based version of their service not in existence.

One of the main benefits of Robinhood is that when selling and buying cryptocurrencies, the platform does not take any fees or commission from its users, allowing for the user to get maximum returns on their investment. There are some which believe that integrating the two services leads to worse security, however, there is always a risk of losing your assets and you simply need to be cautious. 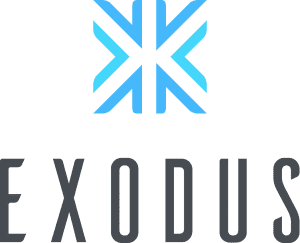 The Exodus Software Wallet is a great option for individuals who work well by adding charts and various other tables of information relating to their investments and holdings. This is because the wallet will automatically convert your figures into charts and graphs to provide a visual identifier to your wallet.

You can exchange your cryptocurrencies with this wallet through their use of the ShapeShift Exchange.

Due to the fact that there is no account functionality, your holdings are linked directly to your device. Because of this, it is advised that you take care of your device. In terms of security, the wallet features private encryption keys amongst other features.

DropBit is an incredibly user-friendly and simple cryptocurrency wallet that currently takes the form of an app for IOS devices. It allows for the transfer of cryptocurrencies to other users by making use of your mobile telephone number.

There is an emphasis on ease of use and design, making it an incredibly attractive option for rookie cryptocurrency users. With regards to security, the app allows the user to take active control of their own private keys, meaning that the app is incredibly secure. In addition, the telephone number of users are not stored on their server, meaning identity and Bitcoin theft is rare.

GreenAddress is a versatile cryptocurrency wallet which is multi-signature, this means that you will need to manually confirm your transactions before they will be completed, this results in better security and less chance of fraud. Currently, users can access GreenAdress on a host of different devices including Android, IOS, online and on your desktop. Furthermore, it can be integrated with physical cryptocurrency wallets.

There is also security when using public wifi, with a read-only mode being available. Meaning, you can only view your holdings and won’t be able to make transactions when viewing in this mode. This makes it harder for people to attack you on public networks.