Since the beginning of cryptocurrencies, there have been a large number of people who believed that digital currency would eventually become legal tender in businesses all across the world. In fact, cryptocurrencies have come forward leaps and bounds with their ability to be accepted on more common purchases since the first Bitcoin transaction. This transaction occurred in May 2010 when Laszlo Hanyecz purchased two pizzas with 10,000 Bitcoins. Interestingly, if he had held to the current day (05.07.2019), his holdings would be worth $110,000,000.00.

In 2014, Expedia, one of the major travel booking sites in the world decided to begin accepting Bitcoins as a tender for transactions on their platform. This was achieved through a strategic partnership with a popular cryptocurrency exchange, Coinbase. This method of operating continued for years until finally taking the decision to reverse this stance in June 2018.

Some members of the cryptocurrency community have theorized that the reason behind the sudden change in stance is due to the fact that Coinbase had ended their custodial solutions for their merchant customers.

There was negativity surrounding the news, with one individual in the tech industry implying that this move would damage Expedia by saying “Expedia.com, one of the largest sites to book flights/hotels on used to take Bitcoin for years… I went on there to look at flights and noticed they no longer accept it. Customer support said they stopped accepting it June 10… A lot of us in the tech industry get a portion of our salary in Bitcoin and it was really good to use Expedia for flights. I won’t be using them anymore!”

The global, popular freelancing site Fiverr caused outrage in January 2017, when the platform’s owners came to the decision to remove Bitcoin as a payment option. The news was broken to users of the platform in an email which reads as follows “We noticed that you previously used Bitcoin to purchase services on Fiverr. Effective January 19, 2017, Bitcoin will no longer be accepted as a form of payment on Fiverr. However, you will still be able to make purchases using your debit or credit card, PayPal or Fiverr credit.”

Fiverr cited their reasoning as a lack of interest from customers, however, the reality of this statement has been disputed. There are a large number of forum posts highlighting disappointment in the community and a number of freelancers have even stated that they were moving to alternative platforms such as XBTFreelancer, so that they can be paid in Bitcoin.

Microsoft has had a turbulent relationship with Bitcoin, ever since they originally decided to start accepting it is a form of payment in December 2014. CCN, in fact, reported that the technology giant had ended their support for cryptocurrencies during 2016. Despite this, Microsoft has claimed that this was bad information and that the opposite was true.

Paypal is unlike other companies on this list, as rather than removing the functionality of Bitcoin payments, Paypal has never had it, to begin with. Since the inception of cryptocurrencies, there has been speculation that Elon Musk’s previous project would be looking to integrate cryptocurrencies into their services. 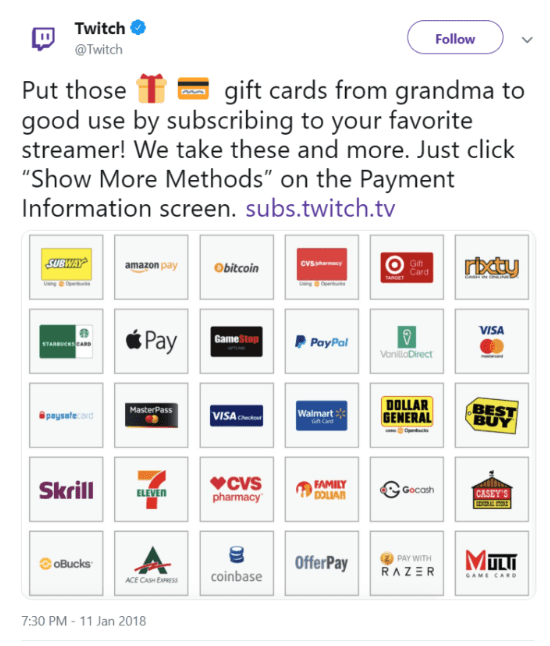 CTO, John Rainey has suggested that Paypal is not currently ready to begin accepting payments in cryptocurrencies. One of the reasons for this is that the instability of cryptocurrencies may have a negative effect on the margins for merchant services, which are currently small, to begin with. Rainey went on to explain further that “you could have something that appeals to customers, but if the merchants don’t accept it, it’s of little value,”.

Bitcoin not being accepted by companies such as Paypal prevents a negative effect on the crypto community as prices have dropped in recent times, with little success in climbing back. The integration with a company like Paypal would almost certainly have an effect on price recovery.

From the case studies that we have reviewed in this article, it can be seen that many circumstances, if a company removes Bitcoin as a payment method, they stand to lose a lot of business. This is because there are relatively few businesses that accept Bitcoin and removing these services would alienate the users who came to the platform for integration with cryptocurrencies.

The actual impact and influence of any drops in cryptocurrency prices would be relative to the size of the company involved in the event. So, if a smaller company stopped accepting cryptocurrency payments, the negative influence on prices would not be that pronounced, however, if a company like Overstock suddenly stopped accepting Bitcoin payments, then the impact of this would be felt quite far along the crypto community, shorting prices in a noticeable way. 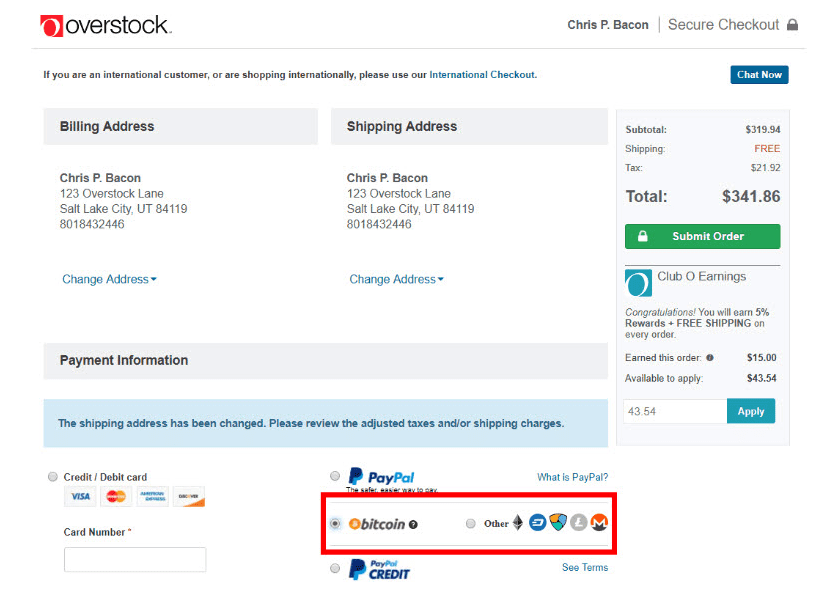 Loss of Faith in the Company by the Public

If you have two companies and one is consistently reversing their stance on certain issues, whilst the other is maintaining integrity within their approach, you are more likely to work with the company that stands by their decisions. Similarly, if the public sees that a company is continuously flip-flopping on their stance with cryptocurrencies, it may cause users to lose their faith in that company, generating a damaging image of the company.

To summarize, out of the companies that we have reviewed, the three that originally accepted cryptocurrencies and then removed their functionality suffered a few negative effects. Firstly, a number of their customers started to lose faith in the company, leading to them taking their business to rival companies which still accept Bitcoin as a payment method. This results in a loss of sales for these businesses.

Additionally, another consequence of a reversal on cryptocurrencies is that there is a large potential for this type of news to cause a downturn in cryptocurrency prices, as a direct result of the loss of confidence generated by the removal.

One of the best things that could happen for the cryptocurrency market at the moment would be for one of the many large companies that are thinking about getting behind cryptocurrency payments on their platform to just go in on it. However, if this company reverses its stance, it may be worse for both the company and the cryptocurrency community in the long-term.