Bits of Gold is the oldest and largest Cryptocurrency Broker Exchange in Israel. The company was founded by the brothers Jonathan Rouach and Youval Rouach. Now that the company is celebrating its seventh anniversary, it is time to review its activities so far.

Bits of Gold is a private company engaged in trading digital currencies. The company was founded in Israel on 13.1.2013 by Jonathan Rouach, a Blockchain engineer and entrepreneur who founded several companies in the field (LedgerLock, QED-it) and Youval Rouach, who serves as CEO of the company since 2015 (pictured on the left).

In February 2013, the Company opened a business bank account at Bank Leumi, through which it operates to this day, and in July 2013 it received a currency transfer license from the Ministry of Finance (No. 83434), which it used until May 2018, when it received a temporary occupation permit pursuant to the license for providing financial services (The regulated Financial Services Control Act is due since 1 October 2018).

In October 2013, Bits of Gold launched its first cooperation with the local change network GMT, enabling Israeli customers to buy and sell Bitcoin through cash at more than 200 GMT branches across the country. 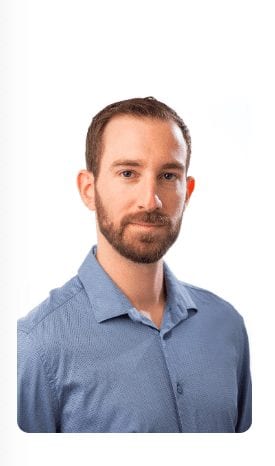 “Israelis are early-adopters and many have begun to see the potential of Bitcoin technology. Our clients are demanding easy cash-to-bitcoin conversion, and we see this collaboration with G.M.T as a great way to meet that need while complying with the highest standards of cash regulation.” Jonathan Rouach, Co-Founder of Bits of Gold

In 2014, the company completed a financing round of 0.5M USD from private investors in the financial sector, such as Shimon Elkabetz (Chairman of Harel Finances), Aharon Cohen (Founder of Pi Finance), Amnon Riftin (Founder of Jellyfish), Meni Rosenfeld (Chairman of The Bitcoin Association), Yevgeny Dubrov (Adalom), Reuven Arnold (formerly a partner in McKinsey France), Ofer Rotem (Founding Partner of Collider Ventures) and others.

Not many people know this, but in the past two years Bits of Gold is profitable and has not made any further rounds of funding. 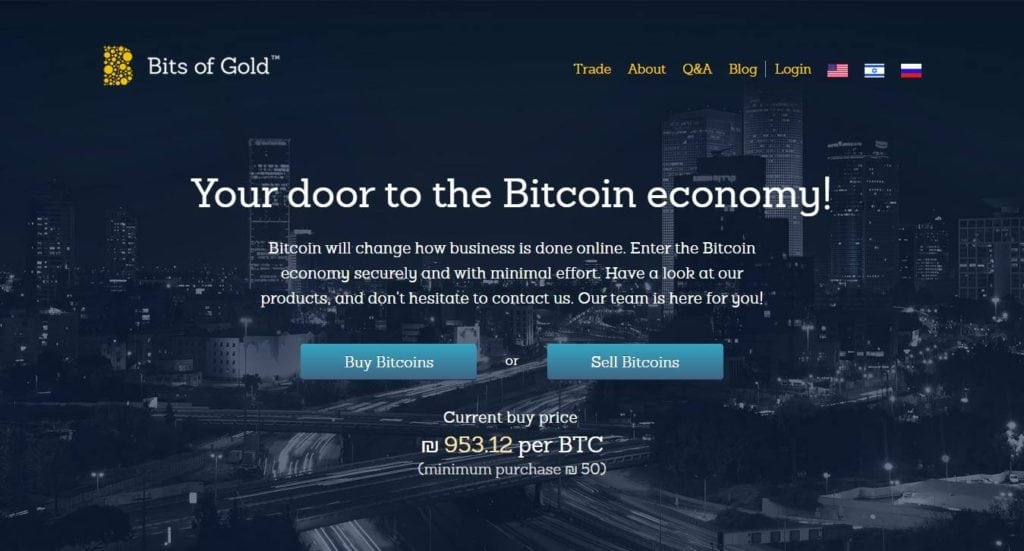 In 2015, Bits of Gold was a design partner to the clearing service of Simplex, the world’s leading crypto clearing company, managed by Nimrod Lehavi. Simplex provides service to Crypto giants in the world such as Binance, Xapo, BRD, MyCelium, ShapeShift and more.

Today, Bits of Gold also offers its customers the ability to purchase Bitcoin and Ethereum via Visa and MasterCard credit cards, 24 hours a day, with automatic gate locking. 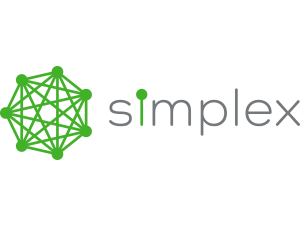 In 2016, Bits of Gold’s management recognized that Ethereum was gaining momentum in interest, use and trade volume. While the structure and characteristics of the Litecoin showed no significant advantages over Bitcoin at that time, in the case of Ethereum the situation was different.

The uniqueness of the project, which was led by one of the most prominent developers of the Bitcoin community, Vitalik Buterin, was particularly prominent during this year and there was a growing use of the complex contracts that characterize the Ethereum. After a period of examination of the liquidity options and examination of the interest of the Israeli market, it was decided at that time to allow the purchase of Ethereum for the Company’s customers.

2016 will be remembered as the turning point and growth of Bitcoin. While 2013 was the year of the breakthrough, and the years 2014-2015 were seen as the years of decline but at the same time blooming years of Blockchain technology, it seems that in 2016 the market began to internalize the advantages inherent in Bitcoin and its various uses. In 2016, Bitcoin saw an economic boom in market value, breaking records and reaching 15 Billion USD market cap, at a rate of about 1,000 USD. 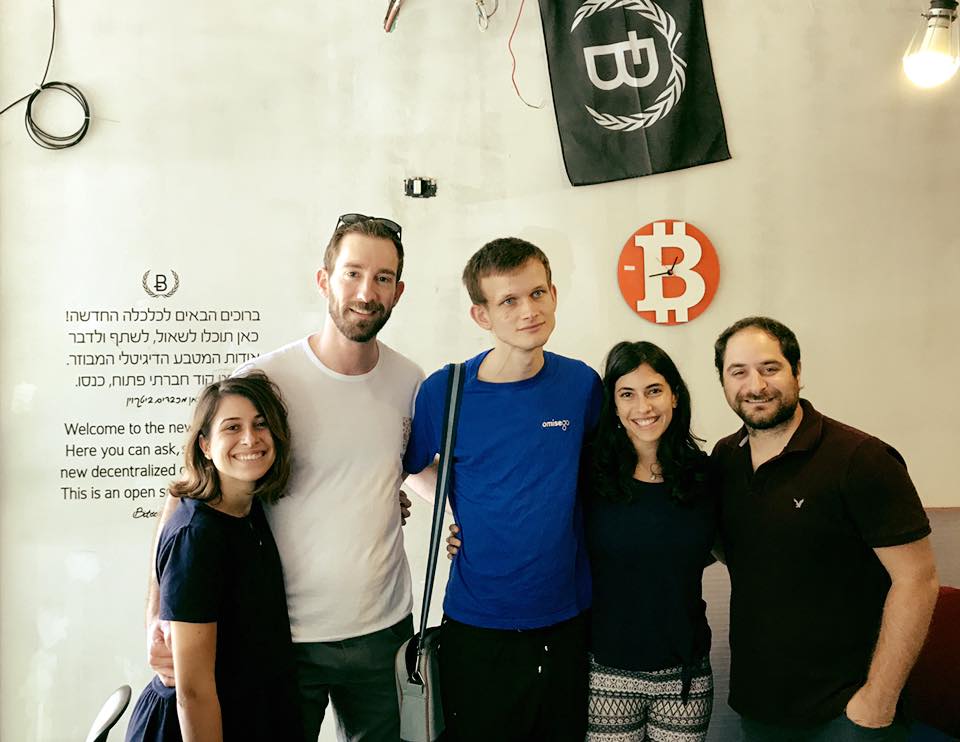 In its fourth year of existence, Bits of Gold continued to lead the Israeli market, adhering to strict regulatory procedures in order to provide the most reliable and well-established service, with a global regulatory standard. Thousands of new customers joined the company’s services, tens of thousands of orders were processed successfully, and tens of millions of shekels of Bitcoin conversions were transferred through its accounts.

At the beginning of 2016, a review was published by one of the largest consulting firms in the world, Deloitte, in which Bits of Gold was presented as the leading Bitcoin trading company. At the end of 2016 Bits of Gold served 10,000 Israeli customers. 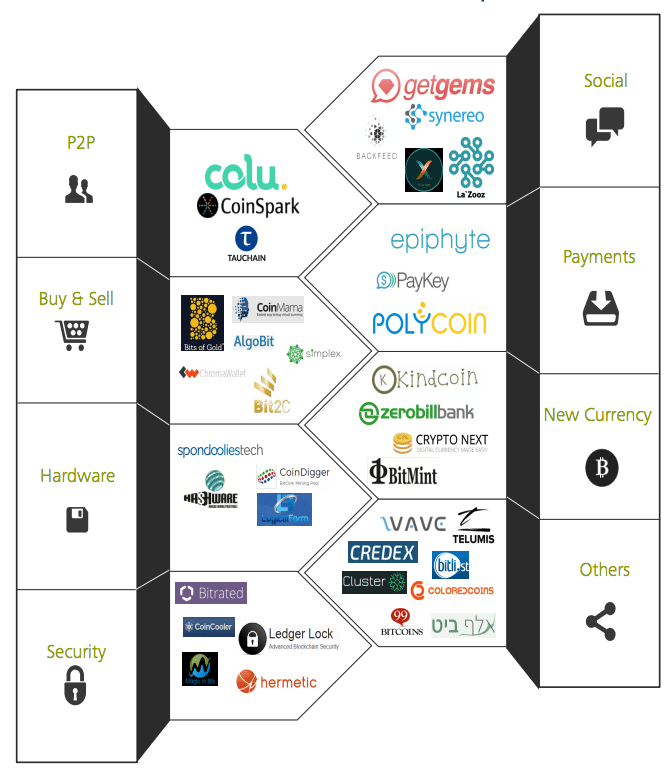 The year 2017 began with a storm of record-breaking volumes and an extraordinary number of new customers joining the Crypto community in Israel. The media coverage received in Israel returned the Bitcoin’s attention to levels that are remembered only at the end of 2013. There was a great interest in telephone calls and unusual emails from new customers asking for information about the opening of purses and purchase options of Bitcoin. The company and its services were extensively covered by the leading Israeli media.

During 2017, Bits of Gold was at heavy loads like all major players in the world and was forced from time to time to carry out trade stops for the maintenance and upgrading of infrastructures. During the months of November and December, the Company strengthened its operating system, recruited additional employees to meet its customers’ trading needs and senior personnel to the Company’s management, and reorganized in the areas of regulation, accounting and cyber security.

At the end of 2017, Bits of Gold’s Premium service was launched, enabling the purchase and sell of digital coins in large amounts, with personal and close accompaniment, including instruction on the installation and security of a hardware wallet.

Bits of Gold finished 2017 with a pool of more than 50,000 registered clients (an increase of 250%). Among its clients are private investors, hi-tech companies, financial companies, investment houses, hedge funds, non-profit organizations and more. 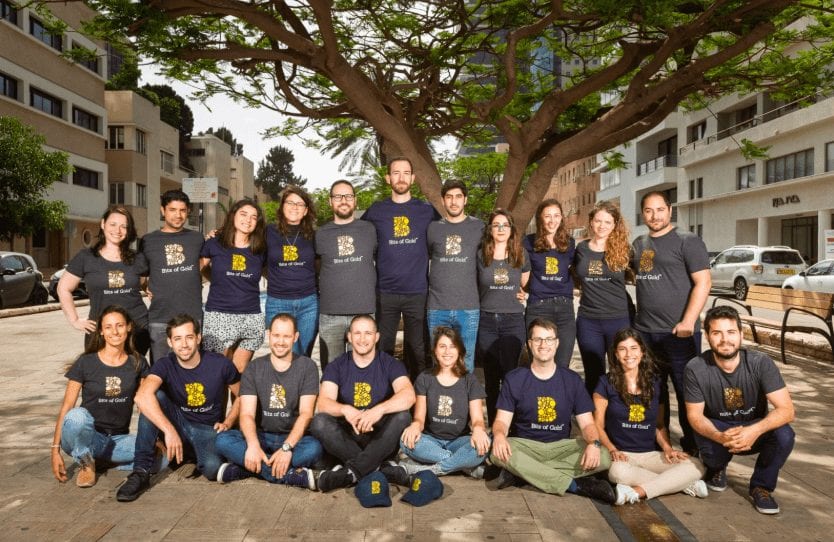 2018 – Leading the Market Towards Regulation

In 2018 Bits of Gold took an active role in promoting regulation in Israel in order to regulate the virtual currency sector through various financial regulators, including the Capital Market, Insurance and Savings Authority at the Ministry of Finance; The Banking Supervision Department of the Bank of Israel; ISA; Tax Authority and others. 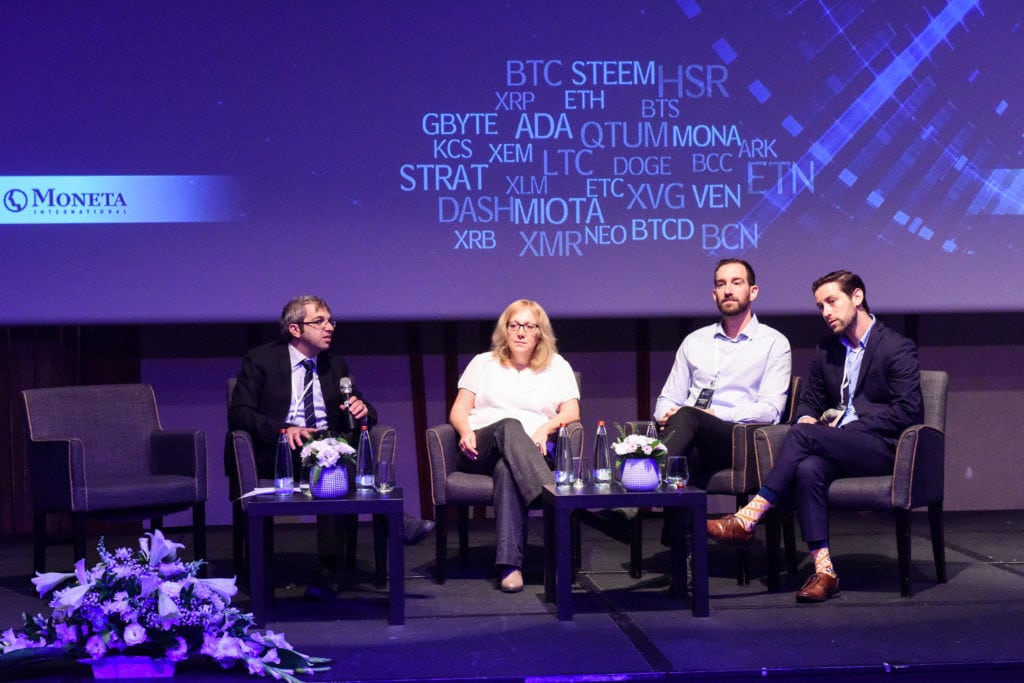 The Company’s Compliance Unit is headed by the former compliance officer of the Bank of Jerusalem. The Company has an AML Policy document which is subject to Israeli law, according to which it operates according to the strictest standards for the identification of its customers.

The company operates automated systems for verifying identity cards and checking against blacklists, and has independently developed a system of reports to the Israel Money Laundering Prohibition Authority, which is adapted to the directives of the authorities.

The year 2019 started with a festive event celebrating Bitcoin’s 10th anniversary, in which the company took part, and that was just the beginning of this eventful year. This year was filled with new activities and developments, as the company extended its services to the European and international market.

At the beginning of the year, Bits of Gold launched its new website, upgraded existing products and launched new products, including: API – a service that enables businesses to implement payment options and digital currency trading through a company interface that can be integrated into different sites and apps; Direct Debit – a service that allows the accumulation of Bitcoin and Ethereum automatically every month and more.

In addition, the company has launched its “Cash Out” product- a smart and unique payment solution for businesses. We offer digital crypto platforms, such as crypto exchanges and digital wallets, the option to embed securely coin selling through Bits of Gold on the platforms’ website / app, and the proceeds (Euro / NIS) are sent directly to the client’s bank account through the SEPA system.

Moreover, 2019 will be remembered as the year that Bits of Gold won a notable legal victory over Leumi bank in its bid to keep access to banking services. 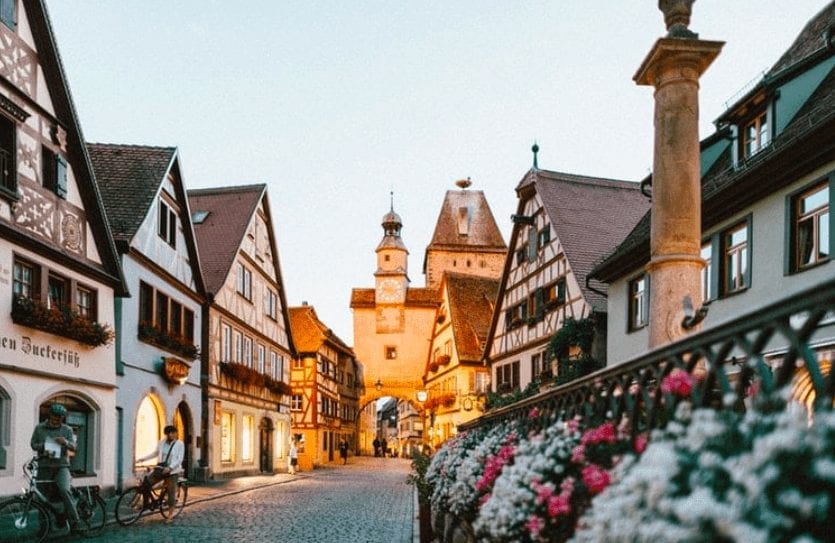